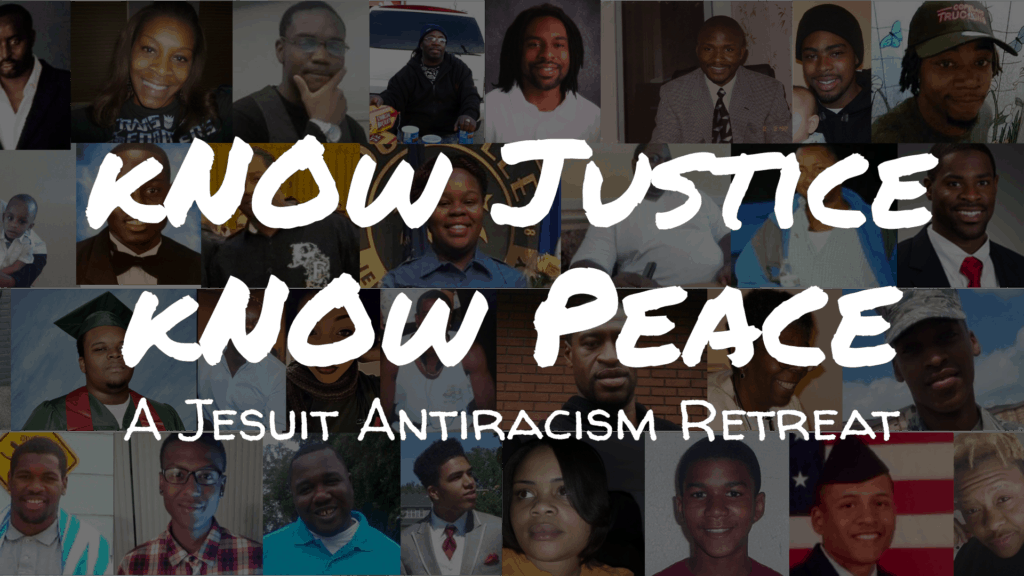 God never stops laboring for us and for our world, laboring for justice, reconciliation, and the end of racism. We clearly see this in the awakening that has spread throughout the world after the “lynching” of George Floyd. At the end of the Fourth Week of the Spiritual Exercises, St. Ignatius invites us to respond in gratitude to God’s unceasing love for us. In the last talk of our Jesuit Antiracism Retreat, Michael Bachmeier explains how this gratitude manifests in our willingness to surrender ourselves and join the labors of God through the marginalized. The Eucharist, which is the source and summit of our faith, completely defies the logic of racism. Like the disciples on the road to Emmaus, Jesus’s breaking of the bread impulses us toward our community with renewed hope and consolation. Peter Bell reflects on letting the Body of Christ renew our antiracist commitment to one another.