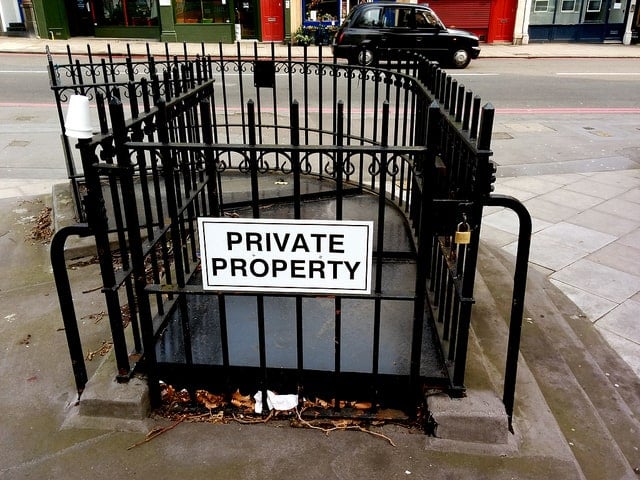 Public and private spaces can be confusing.

Growing up in suburban Los Angeles, I was very confused about public and private space. L.A. is notoriously a place of publicity while suburbia is obsessed with privacy. Suburban life creates an abundance of private space and a carefully managed version of public interaction. This combination does strange things to people. There were big empty houses, clean sidewalks rarely used, and broad streets wide enough for a pick-up game or an emergency landing. Left to their own devices children will attempt to correct for the lack in their environment. Kids roamed the streets looking for one another. Teens hung out in stripmall parking lots just to be together — bored or angsty, but together.

One day a neighborhood kid figured out how to pick the lock on his dad’s porn stash and invited whoever happened to be on the block that day over to check it out. I wasn’t really a friend (they were older) but somehow I found myself in a house I’d never been in before leering over their shoulders as they knelt in a circle on the living room carpet. They opened the cold metal box and dealt out magazines like oversized playing cards, magazines filled with big bubbly fonts and soft naked ladies — unbuttoned and undressed, propped, posed and published — widespread in every possible sense.

I don’t think I really knew what we were doing or why. I only knew that I had been invited into something — an unfamiliar house and, for a moment, a group. In hindsight the thrill of it probably had as much to do with being asked to join the gang as it did with the inviting nature of those pornographic images. In any case, both invitations were lies. I wasn’t really their friend and wouldn’t become so; and the women in those magazines? To see them exposed was to see something private made public, but hardly personal.

We were looking for something intimate and all we had was a lockpicking toolkit and an empty house. I don’t remember ever seeing his father, the owner of that secret box. I don’t remember seeing many parents at all. That seemed to be part of suburban life. Maybe the kids were avoiding the parents as much as the parents were avoiding the kids, but in either case suburbia was built on the principle of avoiding people, or certain types of people, in order to have a place of your own. Choosing a group (little league…pick-up basketball…or just the right parking-lot or street corner) became essential to survival.

Luis killed somebody when he was just fifteen. He grew up in a much different Los Angeles than I did. I met him while serving as a volunteer in Central Juvenile Hall. Kids normally didn’t say much about their cases but after months of visits Luis felt like talking about the day that got him locked up and my only responsibility was to listen. He had been training at a boxing gym and went for a run when he was picked up by some friends of his, fellow gang-members, in a car he later discovered they had stolen. They came across some enemies from a rival neighborhood, a fight ensued, weapons were drawn. Luis found a gun stashed in the back seat of the car and fired.

He was unsure if it was his bullet that killed the guy, but he was certain in his regret. He said he wished he could take it all back. After listening to the story I wasn’t sure what part he could’ve changed; gang life has its patterns. He wisely told me that it wasn’t the day of his crime he wished he could change, but rather the day he joined the gang six years before. He’s now serving a life sentence; he was seventeen when we spoke; he was fifteen when he fired that gun; he was nine when he got jumped into his neighborhood 1 — just about the same age I was when those guys invited me into that box full of porn.

He’s now a grown man living forever with the faults of his childhood. I imagine him, a young kid thrilled by the chance to be a part of the group, just as I had been. I’d like to say that was the last time pornography confused my sense of intimacy, but like almost everyone else, I’d be lying. There is obviously more to say about the criminality and the consequences (social and psychological) of both moments, and there are certainly differences between them, but the similarity is this: Luis and I were both children seeking something personal, our own belonging, and we were profoundly confused by the options available to us at the time.

“I long, as does every human being, to be at home wherever I find myself. ” -Maya Angelou

Fr. Greg Boyle, SJ is regularly and rightly praised for his work with gang members, but if you listen to him describe the work of Homeboy Industries it doesn’t sound much like work at all; it sounds like a home, a place to gather, to heal, to learn and to laugh. His stories and jokes are easy to listen to, heartfelt and revelatory; they make his professional life, his public life, personal. It is his personality (in the most robust sense of that word) that makes for his success. He understands something about the relationship between privacy and publicity which Los Angeles often confuses: It’s not about fame. It’s about recognition. We’ve all got a good script, a great story, and we’re all just waiting to be discovered.

In a prison just east of downtown L.A., with Luis and many others like him, I came to reconcile my confusion about public and private space. I discovered a personal space filled with an army of grandmother volunteers and kids in need of love. I found children in solitary confinement in search of companionship. I found real girls and boys living in cold metal boxes with locks actually in need of picking, waiting for an invitation to come out. I also found the Jesuits. This was, for me, perhaps the greatest gift of all — to see a group of men living their most personal relationship in public.

We were kids trying to find our place in the empty spaces left by adults who were off trying to do their own version of the same. We sought to bridge the immensely painful gap between a private life and a public one, between the suffering of the individual and the solidarity of a social network. We were curious children. We wanted for discovery.

We are all waiting for someone to tell us the only thing we need to hear, what we all long to know — that we have a life worthy of recognition. Who we are in private has something to do with how we live in public and yet, more than private or public, our life is personal. It’s a gift to be shared, because it’s ours.

The cover photo, from Flikr user Doc Searls, can be found here.