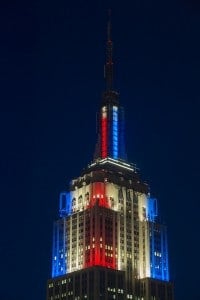 With election day bearing down on us like an unwanted pinch of the cheeks from a crazy aunt, I thought it would be a good time to break out my famous top three lists (author’s note: this is the first time I’ve done a top three list).  The topic this week is movies about politics.  It was too hard to delineate between movies about real life politicians and the world of politics that can only exist on film, so two lists for the price of one.  So without further ado:

Lincoln– Ahh, a simpler time when Presidents were Presidents.  Daniel Day Lewis’s award winning role as Abraham Lincoln is great and Sally Field proved once again why we all like her so much.

All the Presidents Men– When I first made this list, the top three movies all were about Richard M. Nixon.  I mean Dick was great, Dan Hedaya is a treasure.  Frost/Nixon…come on.  But All The Presidents Men is a great movie, so it makes the list.  If you are not convinced,Roger Ebert and Gene Siskel break it down for us.

Milk– A great exploration of the life of Harvey Milk and why people get involved in politics.

The American President– Before Aaron Sorkin created Jed Bartlet, he created Andrew Shepperd.  This movie is enjoyable for a variety of reasons, but the most important reason is it gives us a great presidential speech.

Bulworth– This is perhaps the greatest Warren Beatty and Halle Berry movie ever made.  There is also a soundtrack that sounded pretty great coming out of my 1983 Ford Escort.

Dave– For those of you unfamiliar with this movie, the basic idea is that the President’s doppelganger is brought in after the real President suffers a stroke, needless to say hilarity and morality ensues.The fact this was only nominated for one Oscar is still one of the mysteries of the world.

And, if that isn’t enough, Fmr. Secretary State Madeleine Albright showed us all why we shouldn’t take ourselves too seriously.

.@ConanOBrien I’m considering going as hunky Conan O’Brien – but that might be too far fetched. So as you head to the polls, or fill out your absentee ballot, this November for Midterm Elections, keep in mind we’ve had really great leaders and some pretty awful ones, and hopefully they all turn into enjoyable movies.