They Sing When the Lights Go Out 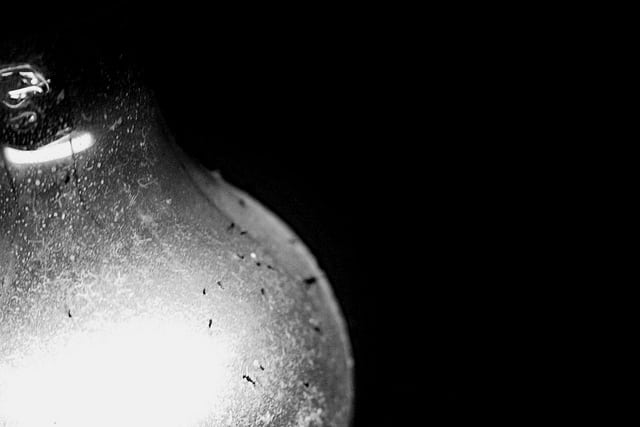 “Let there be light…”

I spent the summer in India. I brought a headlamp with me–a torch, as they say–and I was rarely without it.  It served as a comfort and guide in dark places. It guarded me against the noises and creatures of the night. It gave me hope to think that I wouldn’t step on a viper, pee on a flowerpot, or sprain my ankle in a rain-washed track along the dirt footpaths on which I had to walk.

There are many kinds of light and dark.

After two months in the country, perhaps most striking to me are the extremes of India–the ripples and waves of life that, when thought of as mere pebbles in a pond from my first-world perspective and privilege, are like boulders crashing in a shallow pool. The subtleties of light and darkness familiar to me in the US are non-existent here. India is many things, but it is certainly not a place of subtlety. I’ve been home for just a week, and as I try to figure out what I experienced, my mind is flooded with images of bright light and near total darkness.

It is my first day in Nagaland, and I attend the funeral of a well-loved woman. Her daughter speaks on behalf of the family during the service and says, “Losing a loved one is like climbing a stairwell in the pitch of night. The rhythm of your climb is shattered when you reach the top. Your foot expects to feel one more stair, but instead, it falls hard on the unseen ground, throwing you off balance, causing a stir in your heart that, if only for a moment, leaves you feeling off-balance and incomplete.”

After the Mass, a cold rain falls noisily on a tarp overhead as the top of the coffin is nailed down shut. The pall-bearers lift her gently toward the massive hole dug in front of the family’s home, and loud wailing persists, hands flailing over the top of the box to shoo away evil spirits as she goes to rest. Men, women, and children help as they cry out for their grandmother, mother, wife, and friend. Handfuls and shovels of dirt fall from all sides, and at last, she is gone. Mercifully, as the darkness surrounds her, the sun comes out, and the crowd moves on, bathed in light.

On a westward-facing train platform in Dimapur, the late afternoon sun blazes against my legs, and my pants stick to my shins. The journey will last five hours, carrying me into the darkness of a hot Indian evening. As I wait, children come up in throngs, shoeless and shirtless, their hands outstretched for whatever change you might spare. They are relentless, beautiful, and heartrendingly raw–for minutes at a time, they will stare me in the eyes, occasionally touching my feet in a gesture of respect, and give a gentle jingle of the coins they’ve already collected. At the same time, groups of young bagless men saunter with hair styled like World Cup footballers and staring into my eyes, reading my weaknesses in a foreign place. Later, as the crowd rushes to board the train, it is their faces I’m told to look out for as I clutch the precious documents hanging in a pouch around my neck.

As the train moves steadily along, Second Class cars passing on opposite tracks are overflowing with people and, despite my luxurious air-conditioned seat, I suspect the train snaking behind me is the same way. As evening falls, people occupy the space between the tracks, moving on foot to and from unknown places. I squint to see them and only the soft white smears of their clothing are visible through the black. I know they see me, white-skinned and shining under bright fluorescent light.

Exiting the station in Guwahati, every available inch of concrete is occupied by people sleeping on thin plastic sheets–men, women, and children–a sea of soon-to-be-travelers sprawling out into the darkness beyond my vision, trains rumbling beyond them into the unknown.

Indian children can see in the dark. One night in Langting, as a group of boarding students and I play guitar and sang songs, the lights go out.  In truth, they go out all the time; we have electrical current perhaps three of seven days.  It startles me every time, especially at night. I used to sprint up the stairs from the basement of my family’s Green Bay home, light freshly flicked off and demons of the dark closing in. But these children continue on as if nothing has happened.  Their songs don’t skip a beat. What were boys moving from one room to another become to me dark figures. Slowly, I settle into that darkness while their harmonies carry on in peace.

These are just a few vignettes of India as I witnessed it, headlamp and all. People live and die. They sit and wait, leave and return. Their lights come on, and go off again. But, they carry on into the darkness of the unknown, with places yet to go, with the living to love and the dead to remember.

The Indian poet Rabindranath Tagore writes, “Faith is the bird that feels the light and sings when the dawn is still dark.” India has reminded me that hope is not contingent upon light; rather, hope is a harbinger for the light I wish to see in the world and faith is the way. The people, the prayer, and the power of that place gave me hope. And still in my heart, home yet again, their songs ring out.

The cover image, from Flickr user Alvaro Rodrigues, can be found here.