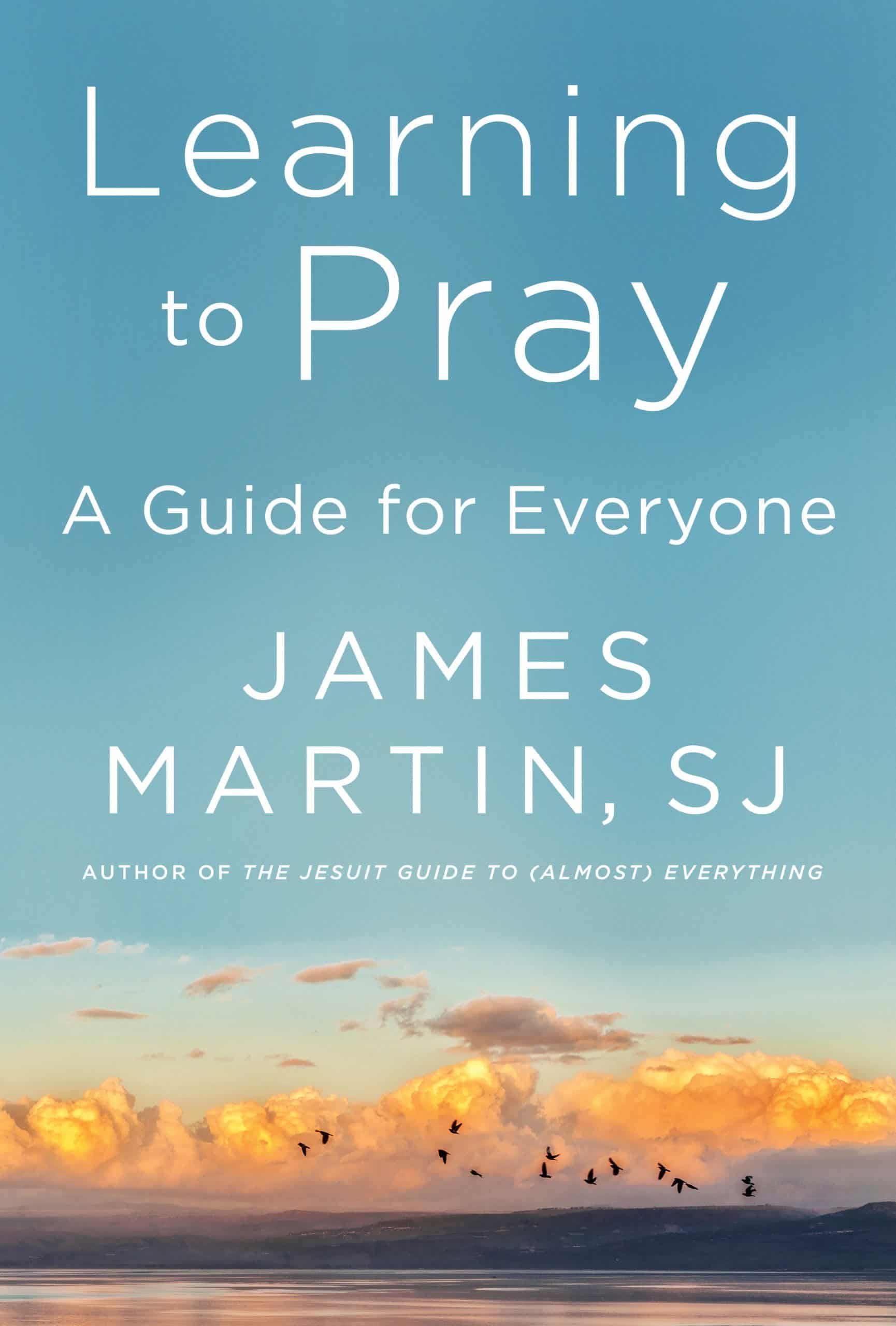 As I journaled my thoughts upon finishing Father James Martin, SJ’s new book, Learning to Pray, I was struck with a consoling realization. It dawned on me that I was reviewing the new book of a writer whose books played key roles in both my faith life and in my discernment to enter the Jesuits over six years ago. I simultaneously shook my head and chuckled as I thought, “God, you’re so good.” What a privilege to dive into the newest writings of someone who has been so influential in my prayer life and vocation. Accompanying this epiphany was a fresh reminder of the foundations of my prayer life, and I don’t think that’s a coincidence. Learning to Pray returns those more experienced in prayer back to their roots, and it provides a sure base for those at the first exploring a regular practice of prayer.

The first book I read by Father Martin was Becoming Who You Are: Insights on the True Self from Thomas Merton and Other Saints. The core insight of that book continues to form me: God desires for me to be completely myself. Yes, God calls me to conversion, but it’s a conversion to the original vision by which God created me.

The same is true for all of us, and I believe Learning to Pray is a helpful guide for us to become truly ourselves. That’s because prayer forms us. We go to God in prayer to learn who we are.

Father Martin acknowledges at the beginning of this extensive book that some people (even many people) can feel like prayer is reserved only for “holy people.” The worthy goal of this book is to assure the reader that this isn’t true. Prayer is for all people, especially for those of us who feel we have a long way to go in approaching holiness (myself among them!).

Using his own extensive experience as priest, pray-er, and spiritual director, Father Martin simplifies the approach to prayer. He does this by referencing spiritual masters, both classic and contemporary, and by breaking down questions about prayer into digestible answers. What is prayer? What happens in prayer? How do I know I’m not just talking to myself?  What do I do if nothing “happens” in prayer? Father Martin addresses all these questions and more with simplicity, clarity, humor, and humility.

In the opening pages, Father Martin explains his book is written for people of all faiths and none. He is writing to explain what happens in the process of praying, rather than describing the fruits of prayer, upon which most books on prayer tend to focus.

The first question Father Martin poses is simple: why pray? That may sound trite to the believer, but prayer is a cornerstone of our life of faith, and we should have an answer. Father Martin responds that the reason is not so much about us. Rather, the answer is about God.  We pray because God desires to be in a relationship with us. That is a wonderful reality worth praying over in itself.

I read this portion of the book just after I had a conversation with one of the young men I provide pastoral counsel to at a local prison, where I work as a chaplain. He said that he was surprised with a thought that popped into his head, seemingly at random: “What if I tried to live closer to God? What would that be like?” I shared with him my conviction that this thought was not random at all. Rather, it is a call from God! Whereas some people would write off such an experience as a fleeting thought, Father Martin remarks on these sorts of experiences in his book: “How else would God speak to us other than through our own consciousness?”

One of the most helpful aspects of Learning to Pray is all the lists Father Martin puts together as systematic answers to the questions of prayer. In this way, he makes what could be otherwise complex and hard-to-understand answers into organized, pragmatic steps. For example, Father Martin asserts that God indeed speaks to us through our own consciousness. But he adds an important clarification: this doesn’t mean everything that pops into our head is from God! To help us discern the difference between God’s voice and our own, Father Martin provides and expounds upon the following criteria, posed as questions:

I find his list-making to be a helpful, concrete method to approach the sometimes ethereal subject of prayer. Other lists in the book include: 10 reasons believers don’t pray, gifts to pray for in prayer, how to understand surprising emotions in prayer, why rote prayers are good, and many more.

One of my favorite parts of the book, besides the down-to-earth writing, is the explanation of what actually happens when a person prays. I’ve been in religious life for the better part of six years, and this is the first time I’ve seen the phenomenon of prayer laid out so simply. I already know this will be the part of the book I return to most often for both personal help and to teach prayer to others.

Father Martin breaks down what happens in prayer into eight categories: emotions, insights, memories, desires, images, words, feelings, and mystical experiences. This is a lengthy section of the book, and it alone makes the book worth picking up. But one of the most consoling sections was the explanation of the role of memory in our prayer. That struck me so deeply because memories are central to my own prayer.

One of the memories I return to most often is my first eight-day silent retreat in 2013, two years before I entered the Society of Jesus. By that time, I had read Father Martin’s Jesuit Guide to (Almost) Everything, as well as some other Jesuit stuff (including articles here on The Jesuit Post!). I began to feel drawn to a Jesuit vocation, and that prompted my parish priest to advise me to go on a retreat at the local Jesuit retreat house. During Mass on the fifth day, after the priest preached on how “with God, nothing is impossible,” I experienced an utter sense of clarity. I recognized God’s desire for me and my own deepest desire were the same thing: I wanted to be a Jesuit. God’s presence was so tangible in that moment that I began to cry right there in the middle of Mass.

Even though the clouds of doubt slowly moved back in after that moment, and sometimes still do, I return to that memory in prayer as often as needed to remind myself of God’s call to me. From this experience, I have to agree with Father Martin when he writes, “Memory is one of God’s greatest gifts, because it allows us to return to a past filled with grace.”

Reading Learning to Pray didn’t just help me return to the foundations of my own prayer life. It also taught me more about prayer. And perhaps most importantly, it made me want to pray even more. I bet it will have the same effect on you.