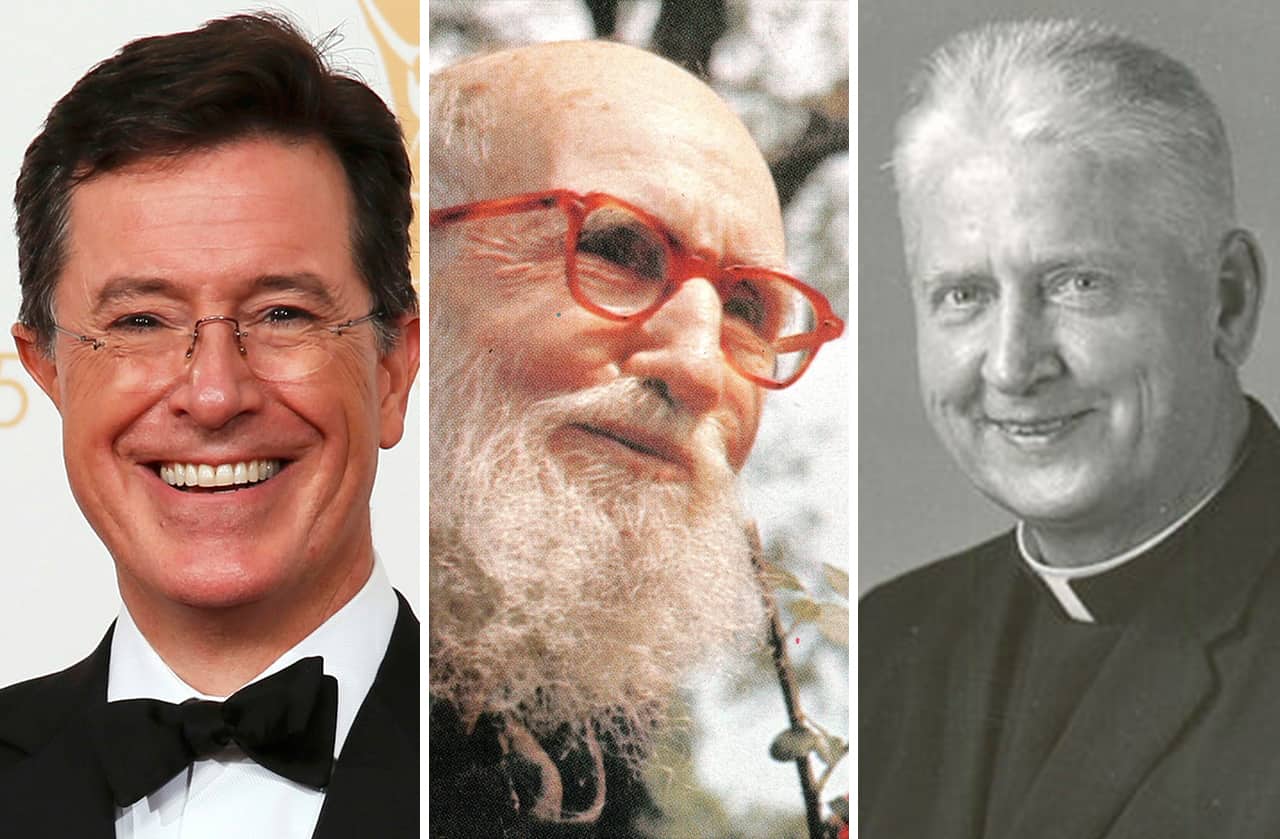 A few years ago, a Jesuit friend of mine bought me a holy card of Blessed Solanus Casey and put it under my door during a silent retreat. On the back of the holy card was a quotation from the Capuchin friar from Detroit that read:

“Worry is a weakness from which very few of us are entirely free. We must be on guard against this most insidious enemy of our peace of soul. Instead, let us foster confidence in God, and thank Him ahead of time for whatever He chooses to send us.”

I was struck by how such profound and simple words seemed to honestly explain the deep peace issuing from the smile and stature of Blessed Solanus on the holy card. I was challenged, however, because the words seemed overly simple and Pollyanna. Thanking God ahead of time as an antidote to the problem of worry sounded at once both overly saccharine and deeply wise.

Taking time to sincerely thank God ahead of time for whatever he would send me in the future would be a bold act of confidence in God and a sign of great trust in his Providence. That is not Pollyanna or saccharine, that is the theological virtue of faith.

And that is what made me uncomfortable with an initial hesitancy toward his words: did I lack confidence in God?

The only reasonable reticence towards such a practice would be a lack of confidence in God or the notion that I wouldn’t be grateful for whatever God gave me in the future. That is an uncomfortable realization to confront within one’s self: that there are parts of me that struggle to place trust in God and thus believe that whatever he sends me will be to my benefit.

In a recent interview, Anderson Cooper asked Stephen Colbert some questions about his faith and how it has influenced the way he has dealt with tragedy in his life. In it, Cooper says, “You [once] said, ‘What punishment of God’s are not gifts?’ Do you really believe that?”

Waiting for a moment, and then with tears in his eyes, Colbert replied, “Yes. It’s a gift to exist and with existence comes suffering. There’s no escaping that.”

Watching the video, there is a clear sense that Colbert is speaking from a deep faith. He speaks, to use Blessed Solanus’s language, with a confidence in God. Such confidence plainly spoken of can be displacing and deeply attractive at the same time. It sounds true, good and beautiful.

Perhaps that is why Cooper had to clarify, “Do you really believe that?”

Walter Ciszek, the Jesuit priest who spent 20 years imprisoned by the Soviet Union, said that even in his darkest moments, this simple faith is what helped him survive:

“The circumstances of each day of our lives, of every moment of every day, are provided for us by him. Let the theologians argue about how this is so, let the philosophers and sophisticates of this world question and doubt whether it can be so; the revealed truth we have received on God’s own word simply says that it is so. But maybe we are all just a little afraid to accept it in all its shattering simplicity, for its consequences in our lives are both terrible and wonderful.”

In the last few months, I have begun the simple practice of ‘thanking God ahead of time’ as a way of fostering confidence in God and trying to see the circumstances of each day as gift. It has had the exact effect that Blessed Solanus said it would: inviting me into a deeper surrender, a relinquishing of control, and a more childlike trust in God.

Worry, at least for me, is predicated upon the spiritually dangerous idea that I am in control of things. Making a daily act of confidence, a daily reminder that things are in fact not in my control, has helped me receive the future with much more openness, seeing the joys and struggles, triumphs and failures, all in light of God’s generous providence.

On seeing the circumstances of each day as provided by God, Ciszek continued, saying, “If it all seems too simple, you have only to try to find how difficult it is. But you have only to try it to find out as well the joy and the peace and the happiness it can bring. For what can ultimately trouble the soul that accepts every moment of everyday as a gift from the hands of God and strives always to do his will?”

If I had thanked God for whatever he chose to send me, I then had to discover the goodness and the opportunity in the situations that arose in my life, even when they included trial or sadness. This has brought with it a peace and a joy.

It is not as if I’m coming to know why God allows each moment or even that he plans each moment. Rather, I am finding that he gifts each moment. And though it may be mysterious, I think we’re called to be grateful for the moment, regardless of what it entails.

Like Colbert said, after sharing about his mother’s consolation in identifying with Mary after the loss of her son, “We’re asked to accept the world God gives us, and accept it with love.”

Such acceptance, though perhaps simple, does not come easily. So, let us try and foster trust by thanking Him ahead of time for whatever he chooses to send us.