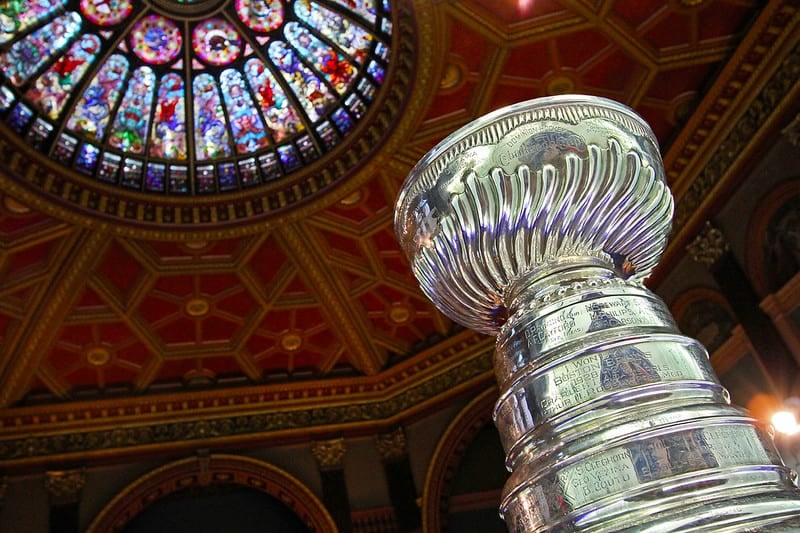 Last night was Game 7 of hockey’s Stanley Cup Finals between the St. Louis Blues and the Boston Bruins. The Blues won to clinch their first ever Stanley Cup title to write the ending to an incredible storybook season. They fired their head coach early in the season. In January, they were in last place in the NHL. They started playing a third-string goalie. This was not supposed to be their season.

Fast forward to last night. The series had been back and forth and the Bruins forced Game 7 by winning convincingly in St. Louis. The deciding game was in Boston, a city that has hoisted championship trophies for baseball and football within the last seven months.

Here is a running diary of the memorable game.

The first period of Game 7 is why hockey can be one of the most exhilarating and maddening sports in all of fandom. Boston absolutely dominated in every statistical category from offensive zone time, to shots, to scorings chances, including several high danger scoring chances. Yet they came away with nothing to show for it offensively. Zero goals from the Bruins despite their flurry of attempts.

Boston fans were surely sick to their stomachs or else had smoke flowing out their ears like chimneys on a cold winter’s night. Blues fans, in contrast, were holding their breath and wincing with every close chance in front of their rookie goalie, Jordan Binnington, who was an absolute wall in front of the net. The lazy-boys of Blues fans were being held onto like a rough rider in the Calgary Stampede.

As hockey will have it from time to time, the puck bounced favorably for the outplayed Blues. They got a timely goal off a deflection on a shot from the blue line with three minutes left and then bagged a broken play odd-man rush on a silky smooth backhand finish by El Capitan, Alex Pietrangelo, with just eight seconds left in the period to close out with a shocking 2-0 lead. Unreal. Boston fans were floored. Blues fans were jumping around in pandemonium and going hysterical. Hockey does not get much crazier than what we saw in the first period.

The second period was much more to expectations. The Blues held strong to their 2-goal lead, going in hard on the forecheck, making simple plays, and making Boston come 200 feet to try and score. They took advantage of playing with a two-goal lead. When a team has just a one-goal lead, they can tense up and make more mental mistakes, which leads to turnovers, goals and tied games.

The Bruins pushed hard at the end of the second but to no avail. The Blues stayed in their lanes, sacrificed their bodies to block shots, and the arena stayed in a hushed quiet for most of the period. It’s as if the Bruins fans were watching the beginnings of an ancient ritual of animal sacrifice. Shocking silence fell upon the Boston faithful.

In the third period, Boston was forced to take more chances offensively, which led to odd-man breaks for the Blues, who did a good job of making them count. A two-goal deficit going into the third period is very difficult to overcome, and Boston was playing aggressively trying to scratch back into the game. After all, anything can happen in the playoffs. But this wasn’t just any other game. This was a Game 7 with an opponent in the Blues who knew they only had to execute sound team defense for 20 minutes to hoist the Cup. Yes, a two-goal deficit in the third period is a very steep hill to climb. Like Everest. The Bruins could not summit last night for lack of oxygen.

Nobody says that hockey is a fair game. It often comes down to who finishes the chances they generate, no matter how few, and who gets the better goaltending in a given game. The rest can be pretty even between good teams as far as structure and systems go. And believe me, these were two very good teams. The remarkable runs they both made to reach the Stanley Cup Finals were testimony to that.

Ultimately, the hockey we just witnessed in the 2019 Stanley Cup Finals was heavy hockey. Very heavy hockey. It’s not the prettiest, but any true hockey fan can appreciate a brand of hockey where the games become a war of attrition and a test of stamina and grit.

Remarkably, this St. Louis Blues team rose to the challenge, even after they changed their head coach back in November when they were last in the NHL standings. They even brought a dog to practice to help lighten the spirits of a terribly frustrated team performing well below expectations. The Blues actually finished the playoffs with a losing record at home at just 6-7, but went 10-3 on the road, including this unforgettable Game 7 in Boston.

The Blues demonstrated unparalleled levels of stamina and grit on their way to winning the first Stanley Cup for a 50-year-old franchise. Half a century is a long time for a franchise to reach the pinnacle of their sport. Yet, perhaps no other team earned their first Cup like this year’s St. Louis Blues. Truly, a team for the ages, complete with a storybook ending.

[Author’s note: I picked the Blues to win the Cup before the start of the playoffs because of their climb from the cellar towards the top shelf at regular season’s end. And I’m a Jackets fan! So I’m not just blowing smoke!!! Well done Blues!]