Eat, Pray, Doubt: Temptation and the Call to Love I do, at times, consider leaving the Society of Jesus. Like when I hear a baby cry right at the end of the Eucharistic prayer, or unlock the doors of a neglected community car that isn’t mine, or wake up alone.

I was reading Eat, Pray, Love. I am not ashamed to admit reading the book, nor to enjoying it, nor to finding within its pages a beautiful tale of discernment and discovery. Early in the book the author, Elizabeth Gilbert, describes her experience of family reunions, confused by the process everyone around her is engaged in. Everyone is seemingly on the same path. She says, “First, you are a child, then you are a teenager, then you are a young married person, then you are a parent, then you are retired, then you are a grandparent – at every stage you know who you are.”

She’s got a tomboy name, two initials that mask the femininity of what her parents chose to call her. Like Donna Jo Tanner from ‘Full House’ – DJ. She works at a meat market in the town I’m living in this summer, and almost daily, a fellow Jesuit and I make trips to her store for rations of thick-sliced bacon, ground chuck, thundersticks, and aged cheddar.

I like her. I know nothing about her, save her name and familial tie to the store. She stands on the other side of the counter, old college t-shirt on, smiling brightly at everyone who comes in. One day close to the 4th of July, the place was packed, and to lighten the tensions of a pre-holiday steak and chop shop in central Wisconsin, we fired a few jokes back and forth. Others joined in, too. A pirate walks into a bar with a roll of paper towels balanced on top of his three-cornered cap. The barkeep asks, ‘Hey pirate – what’s with the paper towels?’ The pirate says, ‘Garrrrrrr, there’s a bounty on m’head.’

We grab the goods and head out the door. “See you soon enough,” I say.

“Looking forward to it,” she says warmly, and turns to the next customer.

Just down the road, I walk into a car repair shop, and while I wait, lament over an old-timey automobile advertisement. The four happiest days of your life: your wedding day, the day you buy your home, the day your child is born, and the day you buy your new Oldsmobile. Days I’ll never experience. I might witness marriage vows and baptize a few babies. I may oversee the purchase of a new Jesuit community or reboot a fleet of Toyota Corollas and Camrys. But these won’t be my own happy days. I’ll facilitate them to incite the joy and comfort of others. And, that doesn’t always seem good enough for me. 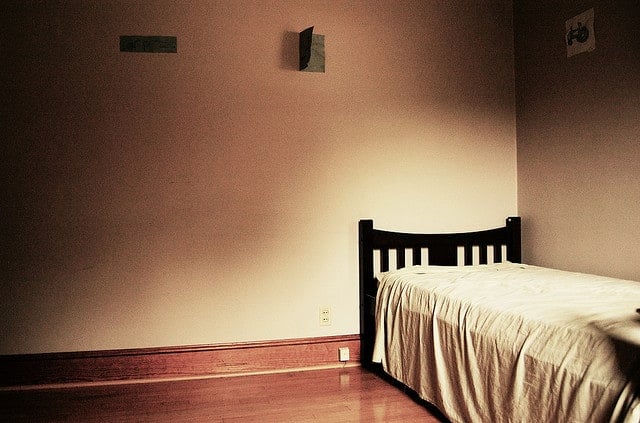 A few months back, I’m on a train in my black clerical shirt and Roman collar, running late for a Friday night meal with some old friends. One stop away from my destination, the train gets delayed. Five minutes, then ten.  Eventually, the conductor lets us know that there is a medical emergency on one of the cars, and we won’t move until an ambulance arrives.  Some young people behind me gripe. Can’t they just move ‘em off the train? God, I hate the L. Should have taken an Uber. In my annoyance, I give them a less-than-kind look and walk out onto the platform. Just then, someone the next car down sees me and flags me over.

“Father, can you come here? The guy is in bad shape. He just had a seizure.” I forego the explanation that I’m not a Father yet, that I’m running late, and that I can’t imagine what I might do, and I make my way over to the man. He is lying on his back crying softly and and breathing heavily, exhausted after his body betrayed him. He’s clothed in rags, more than a 5 o’clock shadow covering his dark, deeply wrinkled face. But he sees me, and something like ease comes over him.

“Just be still and breathe. Help is coming, and everything will be ok.”

He asks if I’ll pray for him. I take his face in my hands, and he clutches my wrists. His eyes close, and I pray. And then, probably because I’d seen Pope Francis do it so many times, I stroke his hair back, and kiss him on the forehead.

The paramedics arrive, and I walk with the gurney as far as the ambulance. They rush him away, and I carry on. I begin walking to my friend’s house, a new place he just bought, the home he will share with his wife, two beautiful children, and two nice cars in the garage. And, in this moment, I know my place. As I walk, I think about how the world, despite its tumult and strife, still needs priests and brothers of the Society of Jesus and I am, despite my own failings and frustrations, willing to do it.

It is not always easy. But, I am where I should be. Just Jesuit.

The cover image, from flickr user van Ort, can be found here.