One (Jesuit) Friend to Another 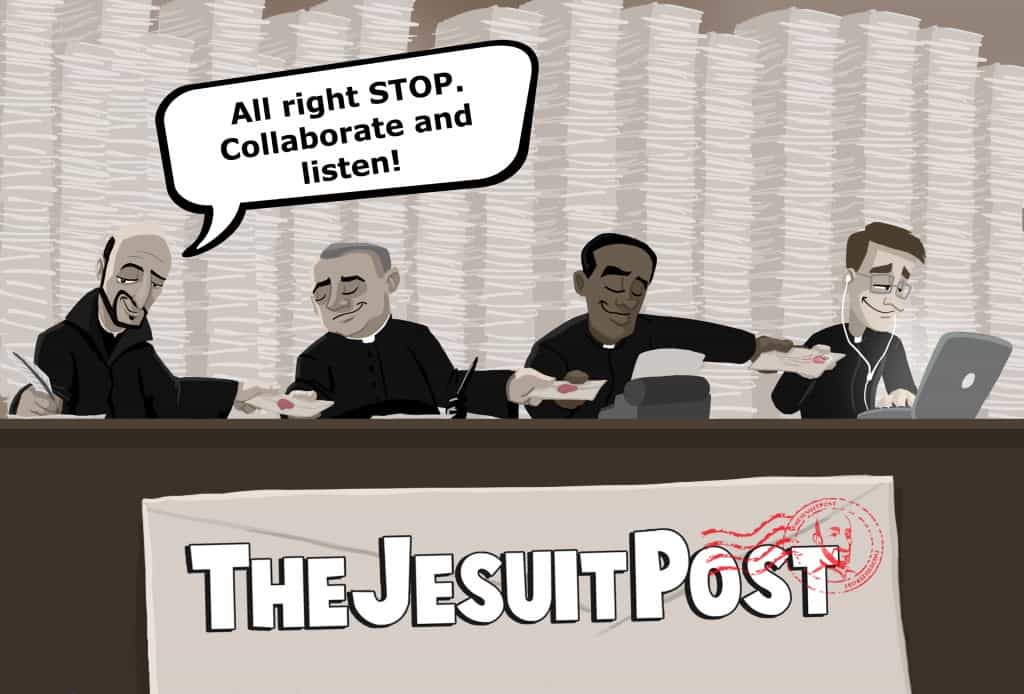 I guess Ignatius listens to Vanilla Ice. Who knew?

When The Jesuit Post began three years ago, we were a fresh, independent voice that wanted to speak to a younger generation in a way that most Catholic media did not. Our independence helped us develop our own style and tone, one that we think offers a unique perspective on faith doing relevance. And by keeping TJP a project of Jesuits still in formation – younger Jesuits who were pop culture- and social media-savvy – we knew that even while the people behind the project constantly change, we could keep that fresh, unique voice going strong.

Today we’re announcing a collaborative partnership with America Media, publisher of America magazine, that will ensure The Jesuit Post remains a fresh and unique voice in the Catholic media landscape for a long time to come. This is a tremendous opportunity. TJP staff – young Jesuits in formation – will still have editorial control over what and how we decide to write. In other words, we will maintain our independent voice. But now, with America Media as the publisher of The Jesuit Post, we’ll have the institutional backing and professional mentorship to do what we’ve been doing for the long haul.

We can learn a thing or two from an institution with as much experience as America. They can learn a thing or two from us about how people communicate today and about what matters to younger generations of Catholics and people on the frontiers of faith. Rather than existing as two separate Jesuit entities talking past each other, we now have the opportunity to enrich each other.

To celebrate this new partnership, TJP Managing Editor Jason Welle and I will attend the L.A. Religious Education Congress this week with staff from America Media. If you happen to be among the 40,000 people at the Anaheim Convention Center, come check us out at the America Media booth.

In the meantime, go read what America magazine Editor-in-Chief Matt Malone, SJ, is saying about this partnership over at their site or check out this video: