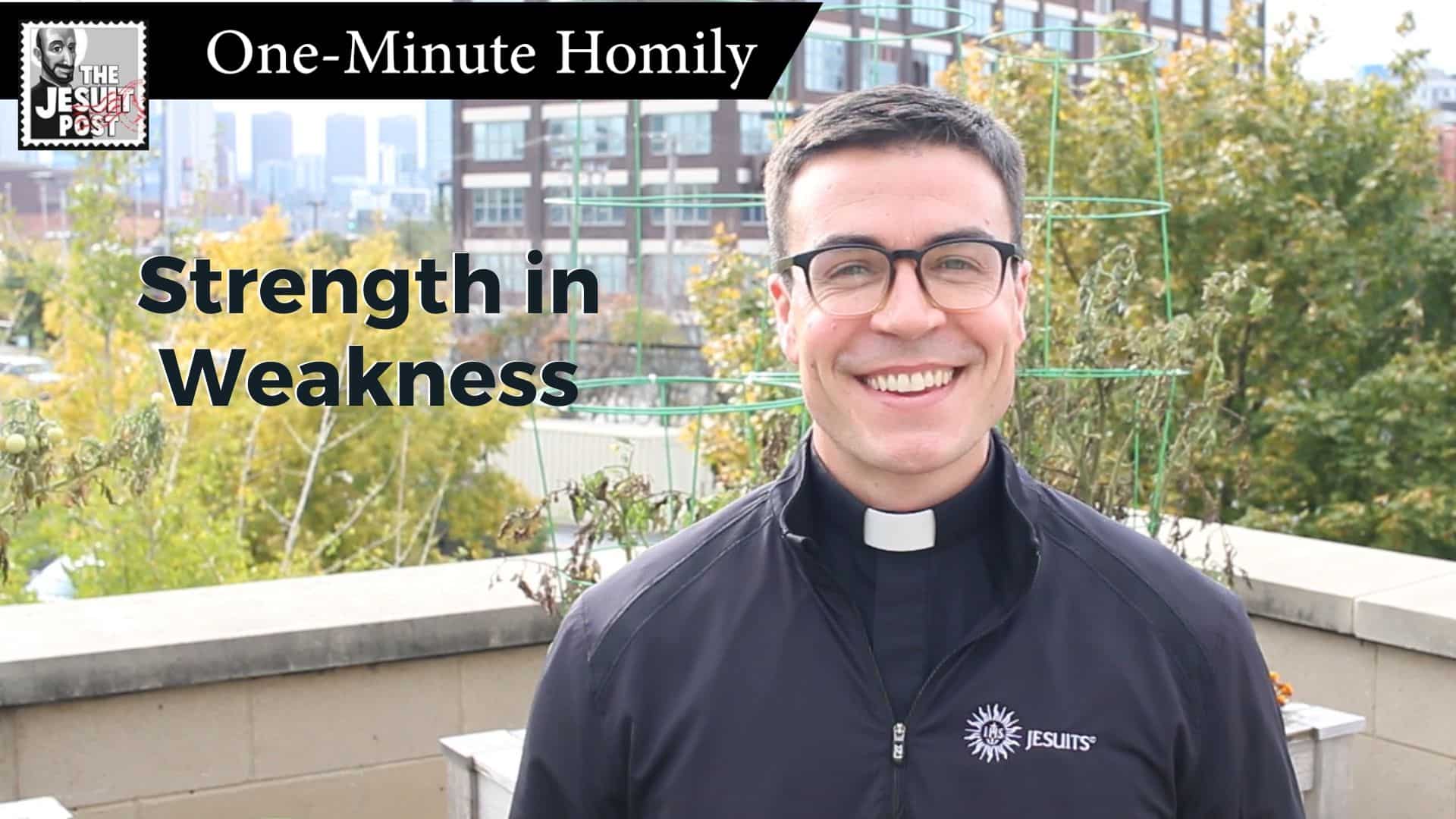 Those most in touch with their weaknesses are actually the strongest, says Fr. Michael Rossmann, SJ in this week’s One-Minute Homily based on the readings for October 27, which can be found here:

When someone comes to Confession and names his sins in unambiguous terms, I can’t help but think, “Dang, that was good!”

Hi, I’m Fr. Michael Rossmann, and this is my One-Minute Homily.

Of course, going to Confession is not about impressing the priest. It’s about being reconciled with God.

But when I encounter people who humbly confess their sins, I am inspired and challenged to do the same.

Those who are most in touch with their weaknesses are actually the strongest.

In our Gospel today we meet a Pharisee who seems to do it all — well, except practice humility. And then there’s a tax collector who prays, “O God, be merciful to me a sinner.”

Christ says it is the one who humbles himself who will be exalted.

Recognizing one’s sinfulness before God is not a sign of weakness; rather, it’s a sign of strength — because we are opening ourselves to God’s mercy and allowing Him to strengthen us.