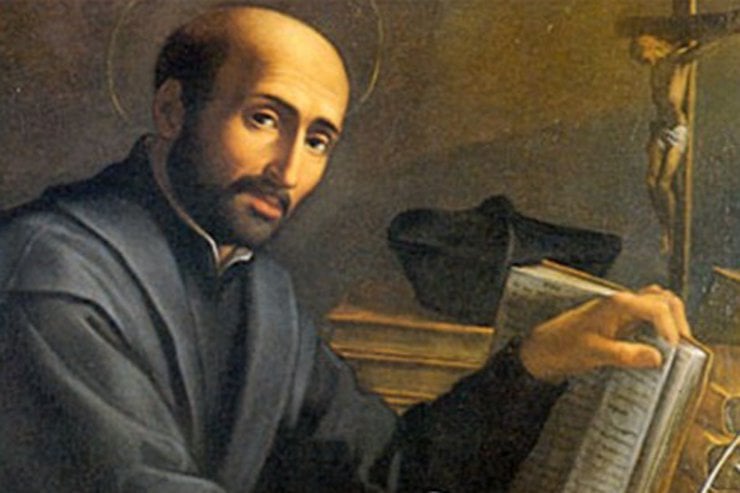 Sexual Harassment. WikiLeaks. Tax Returns. Private E-mail Servers. 3 A.M. Tweets. The list goes on. By any standard, this has been a particularly rough presidential election. What should be a conversation about our hopes for the future has become a screaming match over our fears and anxieties. No wonder Americans are tired of it.

Nothing could be more different from our U.S. election than the election process happening this week at the Jesuits’ 36th General Congregation. Congregations, as our own Ken Homan noted, are gatherings of Jesuit delegates from around the world who meet to elect the worldwide head of the Jesuits, the superior general, and discuss the state and direction of the Jesuit mission. This week the Jesuit delegates in Rome are in the process of electing the next superior general of the Society of Jesus through a surprisingly democratic and deeply inspirational process called the murmuratio.

What is a murmuratio? In it, Jesuit electors gather information over a period of four days about potential candidates through a series of one-on-one conversations with other electors, guided by their own prayer and the qualities and qualifications laid out by Saint Ignatius of Loyola himself. There is no campaigning or lobbying allowed. In fact, the only way to learn about a qualified Jesuit is to ask. At the end of the week, the electors will cast paper ballots until a simple majority is reached. It is a surprisingly passive process, and yet those who have participated in elections before say it is one of the most prayerful and concrete ways of witnessing the Holy Spirit guiding the Church today.

A deeply personal quality marks this process, revealing the role community and relationships play in selecting Jesuit leaders. The key to this election relies on shared Jesuit values discussed by locally elected delegates coming together to discern their future together. It’s old-fashioned, but the practices of face-to-face conversation and relationship-building strengthen the search for common understanding within this special Jesuit community, characteristics which feel foreign to many in this year’s U.S. presidential election.

But what about the issues and leaders being voted on in our local elections? The importance of local elections is often eclipsed by the national media attention on presidential candidates, but what happens on the local political level is just as important. It might also be a way for us to rediscover the personal and communal values embedded in democratic elections.

When we talk about local politics, we mean issues that will affect your city, your community, and your neighborhood. They aren’t just “out there”: the constitutional amendments and referendums which appear on local ballots significantly affect you and your neighbor.

And it’s people, not just issues. Those running for local office, whether as judge, mayor or councilwoman, can be people you know, or perhaps who know you. How many presidential candidates do you know? How many of them know you? Informed voters at the local level are members of our communities who care about the future and care about their neighbors.

That’s why equating politics with only what happens on the national level does a disservice to the role local communities play in the democratic process. What happens on the local political level often affects us directly, and yet so many are unaware of local issues or know next to nothing about the candidates running for various posts. Yet it’s at the local level that one can actually engage fellow citizens and cultivate genuine community.

In this way, local politics can be a lot like the election of a Jesuit superior general. Yes, they are very different processes and very different bodies of people. Yet both prioritize relationality and community. Just as Jesuits are able to search among themselves for men who are “most outstanding in every virtue…and known as such for the longest time,” it is similarly possible in your local community to come to know your fellow citizens as the neighbors that they are. Maybe that is how change begins.

Perhaps the presidential election does feel distant and impersonal. But local politics could be a way for us to experience some of the very qualities highlighted during the election of the next Superior General.