Supercomputing for the Greater Good 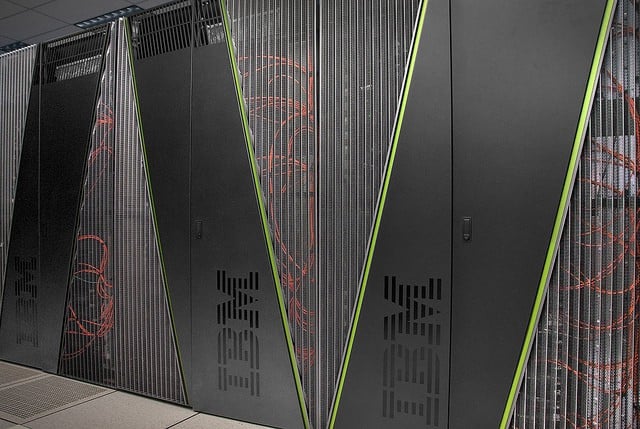 As a confessed nerd, I’ve often daydreamed of how unfathomably awesome it would be to own a supercomputer, though it’s admittedly unlikely on the salary associated with a vow of poverty. I’ve researched various possible scenarios in which supercomputing might further a Jesuit cause, hoping to make a proposal my superiors won’t be able to refuse. I haven’t had much luck there, but I have stumbled across something inspiring in the search. A team at UC Berkeley had the brilliant idea to harness all the untapped computing power of all the fancy modern computers that the rest of us use mostly to read email and watch funny videos of cats. By breaking up computational tasks into thousands of small pieces, they can distribute them among volunteers’ computers, using all that spare processor power. At first, all the spare capacity that wasn’t busy distributing clever memes through Facebook was directed towards searching for radio signals from extraterrestrial life. While that sets this geek’s heart aflutter, eventually they asked if there might be better uses for their system.

Enter World Community Grid. WCG leverages Berkeley’s distributed computing technology to create a massive cloud available for the computational needs of non-profit organizations doing humanitarian research. Projects that might take huge amounts of money and many years to complete on a regular supercomputer can instead finish in months, at a small fraction of the cost. It’s as though IBM and the Gates Foundation mated and spawned a super-efficient research institution for the public good.

What kind of problems do they tackle? Past projects have focused on developing more nutritious rice, discovering drugs for Dengue Fever, and better understanding muscular dystrophy. Current projects fight malaria, identify better means of water purification, and improve solar cells and energy storage. If you’re interested in contributing to such terrific causes, all you need to do is to register at WCG’s site and follow the instructions to get the software set up.

With a few minutes’ effort, you (or at least your computer) can begin contributing to the solution of real humanitarian crises. If your workplace joins its office computers to the grid, you’ll have an even more impressive impact. And in a side benefit for me, if even one reader actually does join up with WCG, I’ll know that God has been at work even in my geeky desire for a bigger, better computer.