The Boy Who (Still) Lives! A Review of Rowling’s Latest 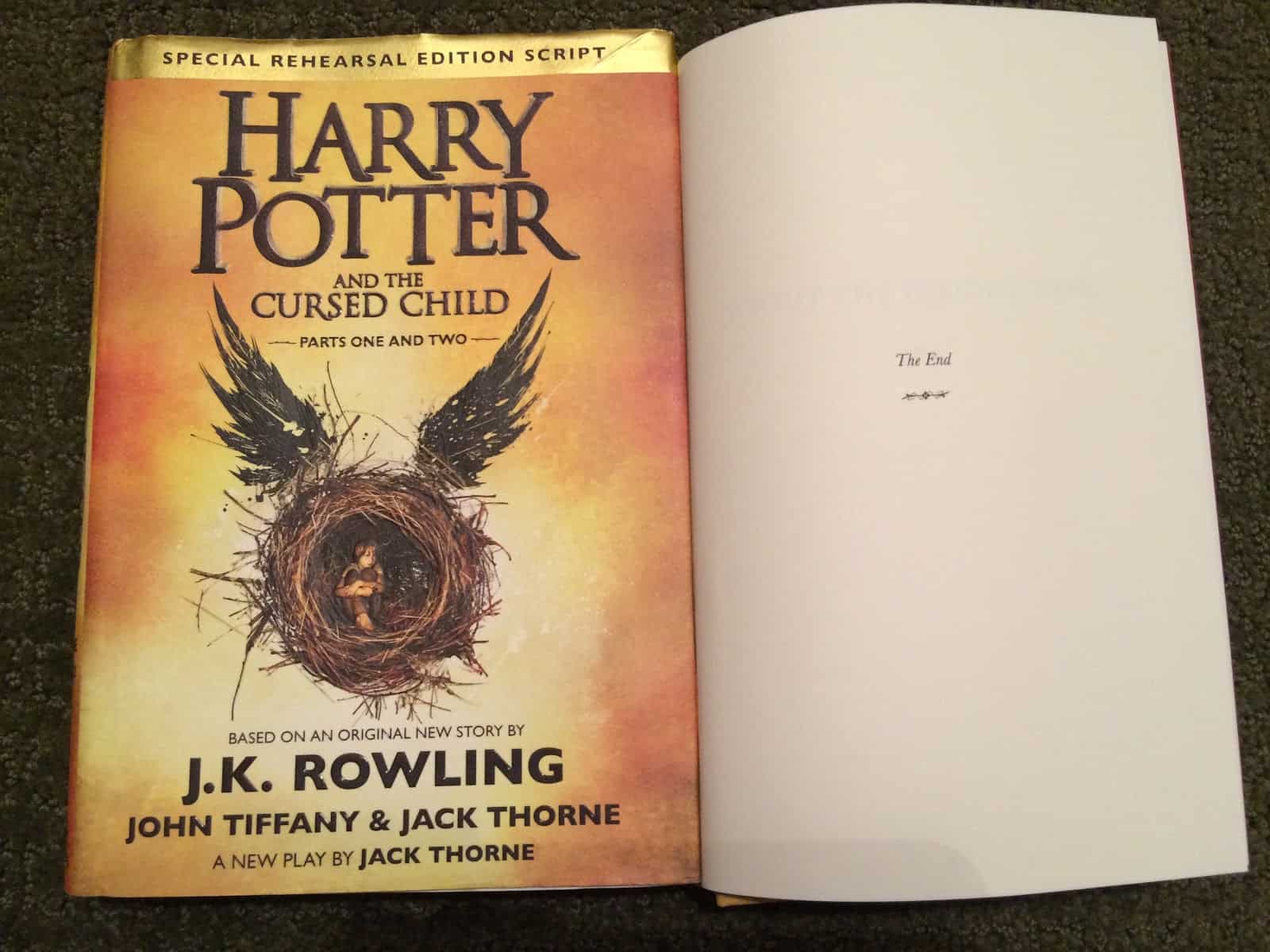 While some consider me “obsessed” with Harry Potter, I prefer the term “expert.” In last month’s Daily Prophet, Rita Skeeter even wrote an exposé on me, copied below…

With the ravenous wit of a Ravenclaw at heart, Colten Biro, SJ,  has read JK Rowling’s muggle documentary series (Harry Potter) over a half dozen times since 2005. This reporter even has it on good authority, that there are several of the books he has read more… For goodness sake, he read the seventh book twice within 36 hours.

I do have to wonder a little at the Sorting Hat’s decision though, because I have the sneaking suspicion that Colten possesses a brazen little bit of a Gryffindor. My sources say he attended most of the midnight movies premiers, and in costume no less! A perpetual devotee of that “Boy who Lived,”  he has owned several articles of clothing from the Potter Fan Club including, but certainly not limited to: two pairs of socks, a jacket, a patch, a scarf, and a watch. Bold and brave. No doubt that “courage lies beneath those curls.”

With “eyes glistening with the ghosts of” possibility, Colten dreamily hinted that if would have settled on the American route of  Ilvermorny School of Witchcraft and Wizardry,  we might have seen him in Horn Serpent or Thunderbird houses. Thinking of possibilities, I must wonder about his absolute adoration of Quidditch: Might Colten be in conversations with the  Chudley Cannons about taking the position of Seeker? It would make sense of his distance running, but one can only wonder “what mysteries do the muscles mask.”

As you can clearly see from Skeeter’s Quick-Quotes Quill, the Daily Prophet clearly recognizes my expertise, NOT any sort of obsession.

Like other experts, when I heard about the upcoming release of Harry Potter and the Cursed Child I immediately did three things: first, I marked the date on my calendar, which of course was already marked as Harry Potter’s birthday. Second, I preordered a copy of the book. Third, I got very nervous: what were they going to do with the story and characters I’ve spent so much time studying/adoring/researching?

Harry’s birthday and the release of the book have come and gone, and my nervousness has faded far, far away. As for The Cursed Child, I recommend it for all of you who solemnly swear that you are up to no good.

What Do Time-Turners Teach Us About Our Past?

Harry Potter and the Cursed Child involves time travel. New characters, and some old, return to key moments within the original series. Of course, initially I was apprehensive about this idea. Would they rewrite or retell the story we know so well? Or even worse, would they take the approach of the How It Should Have Ended where Snape simply travels back in time (using Hermione’s time-turner) and undoes the entire series? Our childhood and our pasts were on the line, and here they were threatening them with a complicated, Whovian concept of time travel.

Thankfully, The Cursed Child was both respectful of our childhoods and brought up deeper questions surrounding the past: How do we come to peace with that which has already happened? The book continues directly from the end of the initial novels with three characters struggling with the repercussions. Harry Potter continues to face his fame and the losses he has experienced. His son, Albus Severus Potter, must face the triple shadows cast by the great men who are the origin of each of his names. Scorpius Malfoy, Draco Malfoy’s son, also appears with all the baggage that his surname brings.

The time travelers visit moments in the original series in order to “correct” an event. But each change comes at too high a cost, and they are forced to accept that it is far too dangerous to change the past. Ultimately, they make peace with the past and move forward. In a practical sense, The Cursed Child exists as a separate short story which reflects upon the value of the original series.

The time traveling does not change the events of the original series we love, but reminds us of the value of sacrifice and suffering.  Even if we can dream of better ways that the past could have gone, we remain unable to change anything but our future. It’s a fantastic reflection on the saga itself, and a valuable insight for us as we battle our own seven-novel pasts.

Whether muggle-born or pureblood, squib, witch, or wizard… I recommend that you send an owl out to your nearest Flourish and Blotts Bookseller for your very own copy of Harry Potter and the Cursed Child.